You can find on this page the Boston bike map to print and to download in PDF. The Boston bicycle map presents the bike routes and lanes of Boston in USA.
As a consequence of improvements made to biking conditions within Boston bike map. Boston bike commuting percentage increased from 1% in 2000 to 2.1% in 2009. 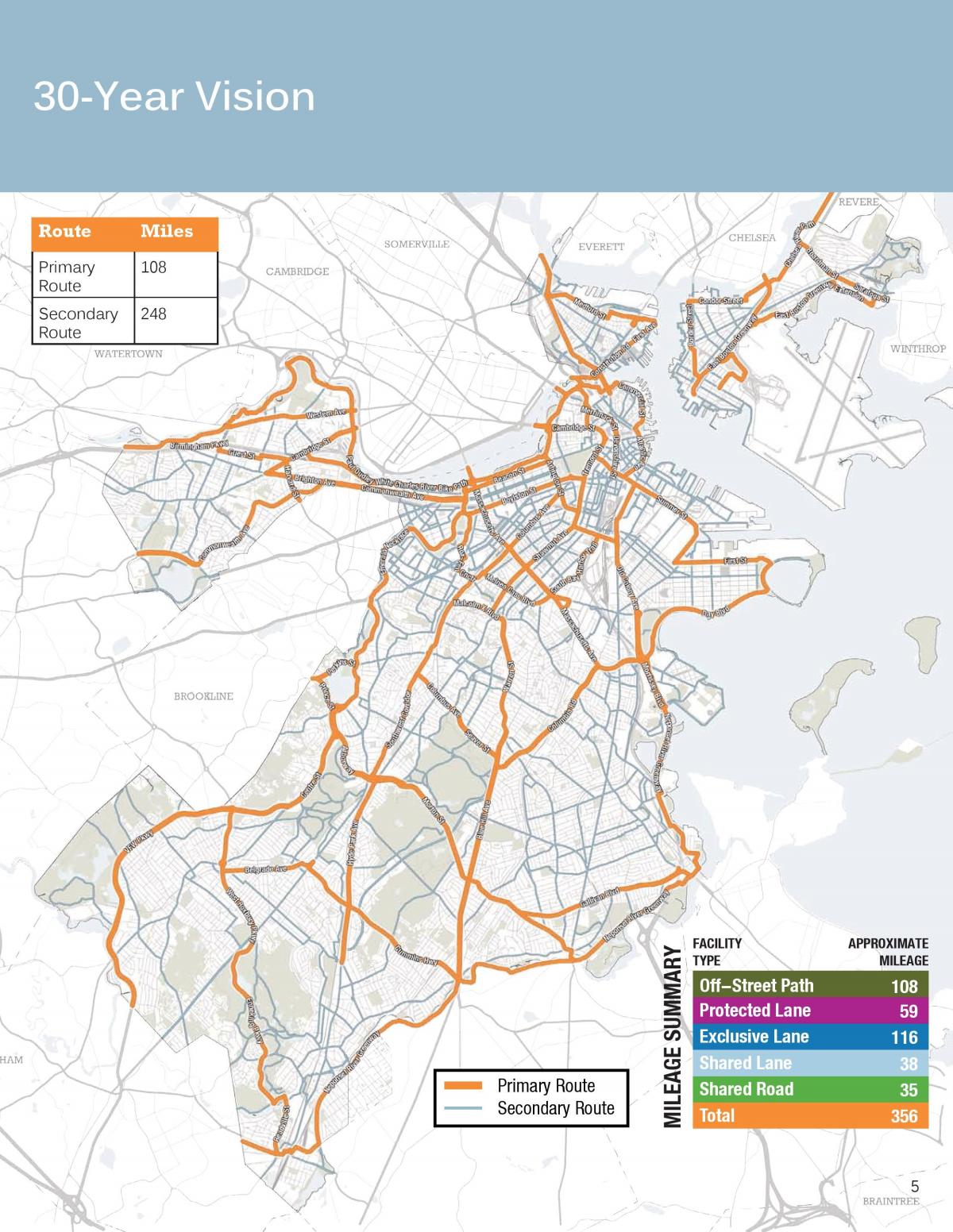 Boston has a large network of conventional bike lanes as its shown in Boston bike lane map. These bike lanes dedicate about five feet of space in the street for biking. As we have added bike lanes across Boston, more people have chosen to ride a bike to work, to T, to farmers markets, or just for fun.

Boston bike lane map shows 65 miles of bike facilities that was installed in the last three years and of the Silver Bicycle Friendly Community designation. This Bike Network lanes Plan will improve the quality of life for every Bostonian and help keep Boston strong by improving health and air quality.