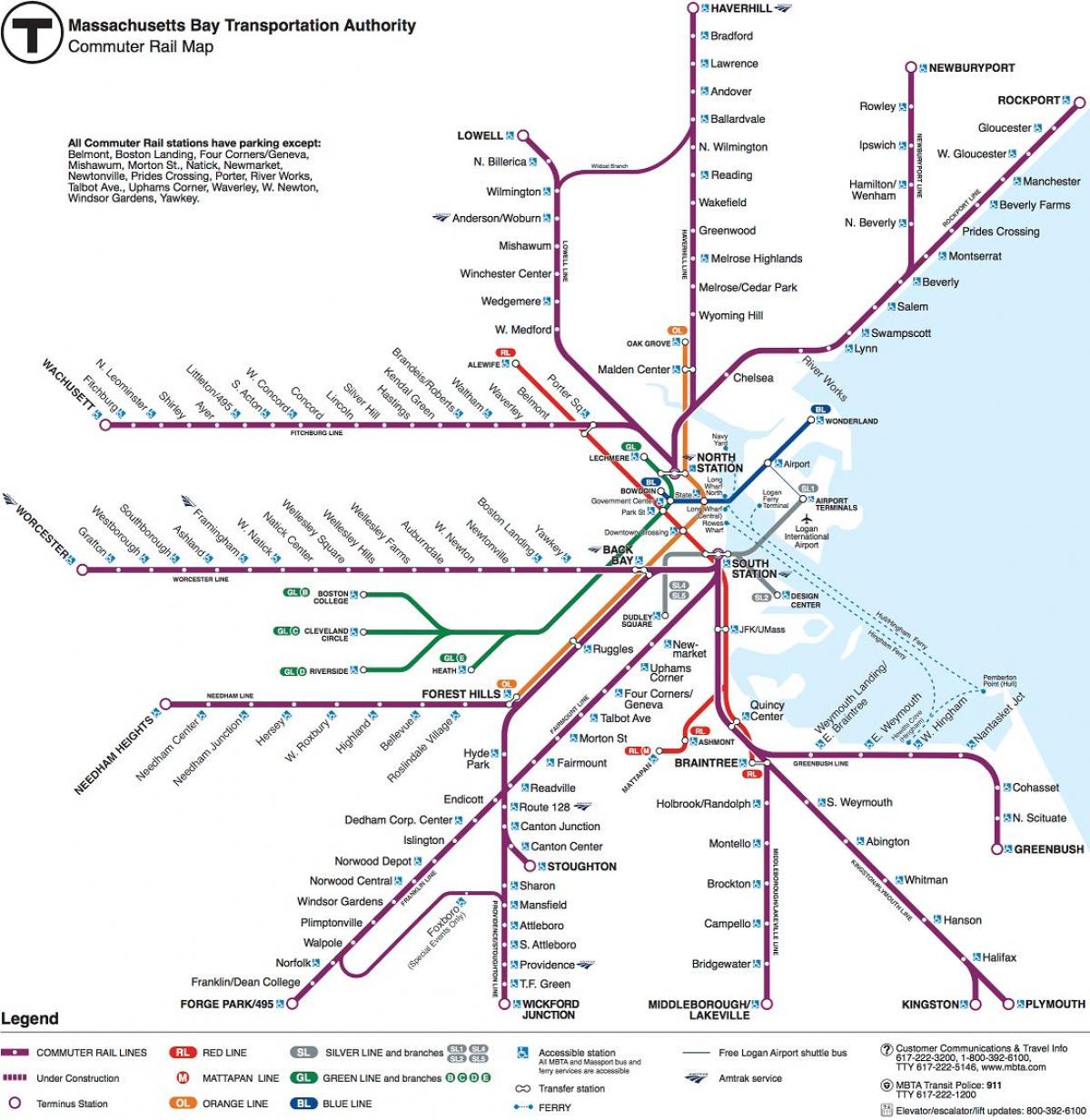 MBTA Commuter Rail system, known as the Purple Line, brings people from as far away as Worcester and Providence, Rhode Island into Boston as its mentioned in Boston rail map. There are about 125,000 one-way trips on the commuter rail each day, making it the fifth-busiest commuter rail system in the country.

Boston is served by four intercity rail services, all operated by Amtrak ( see Boston rail map). The Acela Express and Northeast Regional services of Boston both operate on the Northeast Corridor to and from NYC and Washington. A branch of the Lake Shore Limited service operates to and from Chicago.